Inbound Marketing: Sales leads, the Sun and the North wind

The Sun and the North wind decided to put their strength to a test. They saw a man walk by a lake, and the goal of their game was simple: make him take off his coat. The North wind would go first: he started blowing and blowing, but reached the opposite effect: the man held his coat more tightly to his chest and walked on. Then the Sun took her turn. She started glowing and beaming, until the man got warm and decided to take off his coat and bathe his feet in the lake. The moral of this story? Most power is not in the pressure from outside, but in the surrender from within. Does this sound familiar to you as a marketer? Could be, but the fable is already very old. It is even written before the birth of Christ by Aesop, a man that started his life as an ugly slave, but ended being an advisor to kings. You don’t believe it? It’s on Wikipedia. 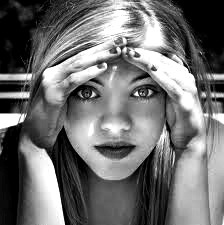 Dirty conversions
So warming is better than blowing. But just for fun, you should check how many articles on marketing weblogs still believe in ye olde sales funnel, a funnel in which you throw ‘leads’ at the top until they ‘convert’. It sounds more dirty than it is, it just means the ‘lead’ becomes a ‘customer’, the wallet opens. And then of course you loose interest and go back to the lid of the funnel, to throw in new leads…
The art of marketing and sales has always been to pressure the right parts of the funnel, like the blowers in the wild water rivers at water parks. The world has changed drastically however, as David Edelman has taught us in a recent article in Harvard Business Review (click here): there is a phase after the sale at the end of the funnel that is becoming more and more important in these transparent times, the phase ‘enjoy, advocate and bond’. In the past, our customers could share their experiences with us only on parties and other gatherings, but nowadays they can tell the whole world through social media, just at the moment we are in the upper side of the funnel, looking for the next lead to convert. What David Edelman tries to tell is that this phase is nowadays perhaps even more important than the pre-buy phase, when our customer was still a ‘lead’. He wants to learn us two lessons:

The night life of Sao Paulo
So the magic of ‘outbound marketing’ has disappeared, at least in the Western world. When I was invited to speak on a marketing conference in Brazil a few weeks ago, the manager of the congress bureau introduced me to the night life of Sao Paulo the night before the meeting. He told me enthusiastically about the way he organized the ‘sales funnel’ for his bureau, he had gathered 350 conference attendees in a few months. When I asked how many ‘cold mails’ he had to send to get to these 300 (in Brazil there is no law against that eh yet), he replied ‘40.000’. “So you irritated 39.700 people?” I asked with a whiff of Dutch directness. “No Edwin, people don’t receive that many mails here”. Hmmm how different from Europe… But when I asked him how he found me as a speaker for the conference, he replied “Because you were active on LinkedIn in discussions on the topic”… So Inbound Marketing does work on the other side of the equator, and here the day will come too that people are fed up with being interrupted by companies that want to shout some commercial message in their ears.

Your small print?
But it goes even further. I read the book ‘The Intention Economy’ while travelling to Brazil, and the subtitle says all: ‘When customers take charge’. The book is a real eye opener and makes you aware of the absurdity of the fact that we as customers, the ones with the money, still let companies take the lead in our dance. That we should conform to their small print (‘click to accept’), but they won’t have to conform to ours. Wake up, we have the money!
In his book, Doc Searls shows us the future, a future in which people with money show their needs to the world, and potential suppliers are free to respond to these ‘intentions’ (hence the title). When you read the book you have to acknowledge that this will be the future one day (there are more and more signals on the internet), but that it will take a while. Not because of the companies, but because we as customers are reluctant to let go of a model that is a remnant of the industrial revolution, we will have to get used to the idea of having the power. And companies don’t have to fear to loose money in this future: “The market will have many more dances when customers can take the lead”. Who will dance with me?

So it will take a while, but that is no excuse for us as marketers to not already work with the idea. Break down these sales funnels and replace them with a joyful ‘inbound marketing’ slide…. Much cheaper, and much more fun! We will have to stop trying to blow the coats off people, and start deliverering a bowl of water for their feet when they tell us they are warm. And they would like to pay gladly for it…

This post is the third chapter of the yet to be written book (click here) about ‘REAL Inbound Marketing’. All comments are welcome!

Posted by Edwin Vlems on 11/07/2012 in Inbound Marketing, Sales funnel